The goal is to train a CNN for deformable, pairwise 3D medical image registration. 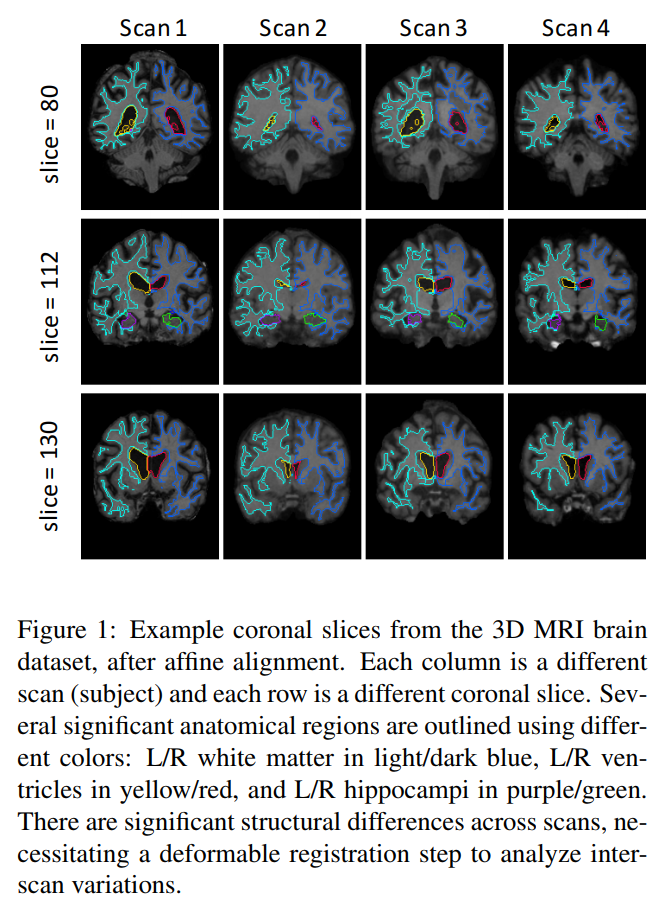 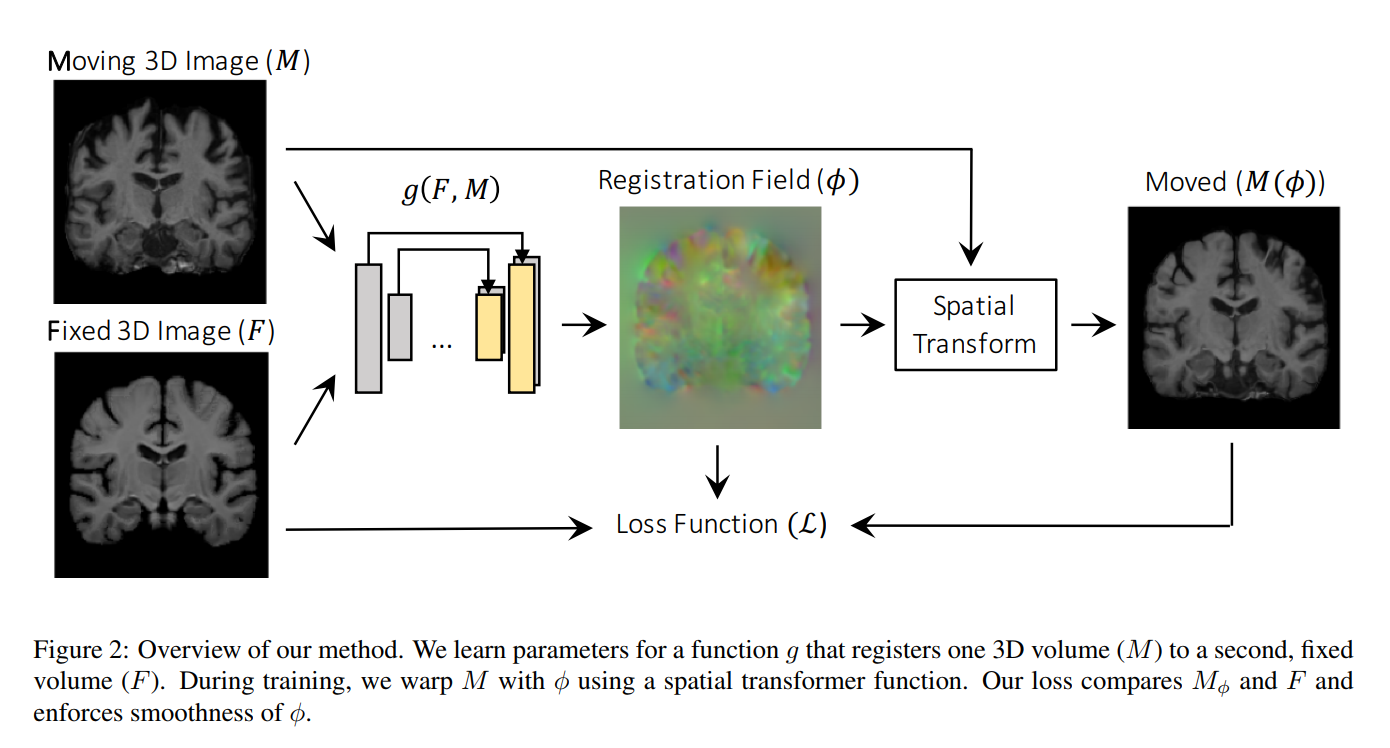 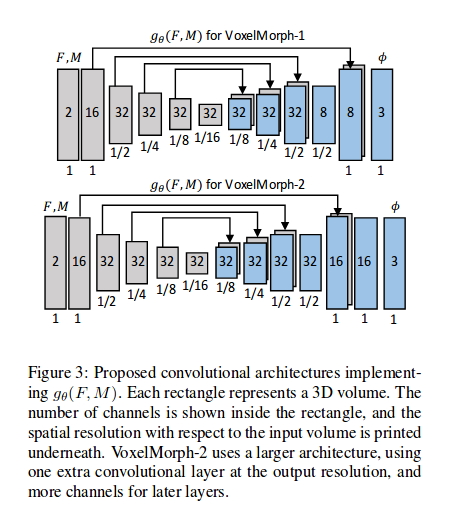 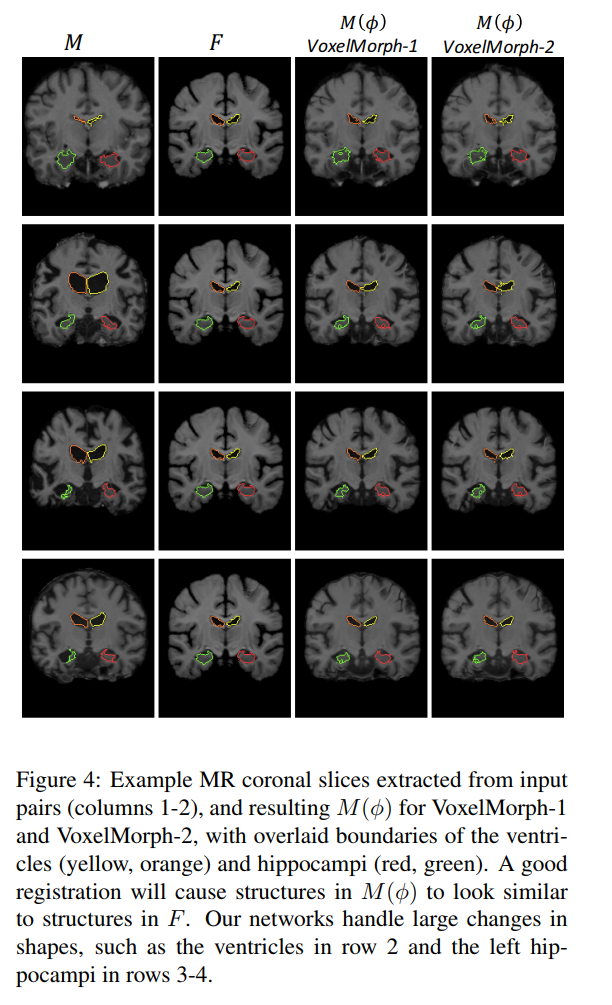 An atlas is used as the fixed image for all image pairs.

Evaluation: Dice score: volume overlap of anatomical segmentations. Include any anatomical structures that are at least 100 voxels in volume for all test subjects, resulting in 29 structures. 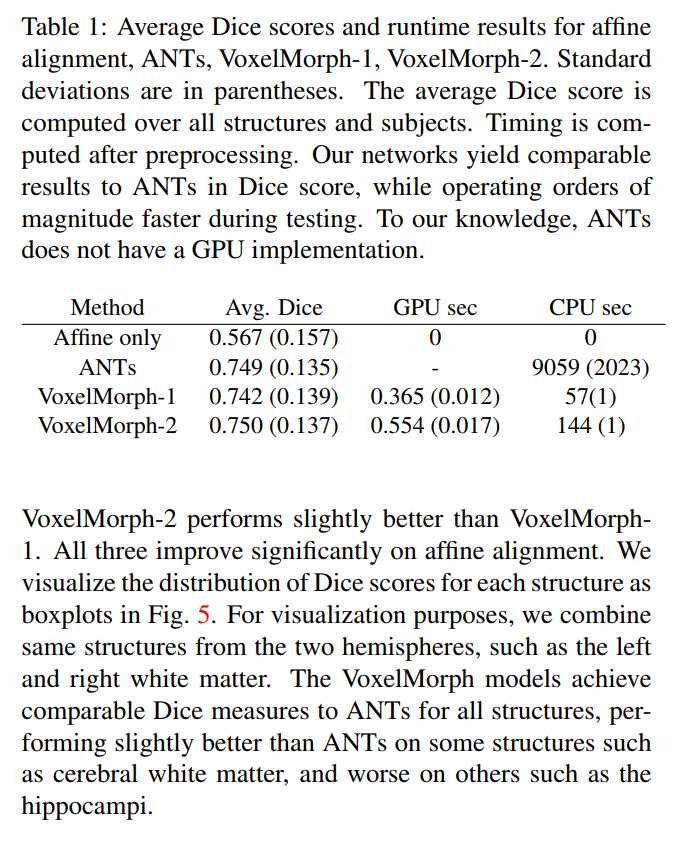