First, they proposed a general framework for land-use classification for individual buildings base on 8 classes: apartment, church, garage, house, industrial, office building, retail, and roof. After that, they built a street view benchmark dataset for training building instance CNN classifiers based on the front of the structures. This method wants to avoid plan mapping exploration or buying satellite images which are very expensive.

First, they extract geographic information systems (GIS), such as OpenStreetMap or Google Maps, like associated GPS coordinates (latitude, longitude). Given these GPS coordinates, we can download the corresponding Google StreetView images which give an image of the front of the structures of individual buildings, that can display these specific locations by the closest panoramas (possible error: image inside the building or obstruction).

Preliminarily, they released VGG16 model trained on Places2 dataset 2 to clean the street view images. All the experiments were implemented with Pytorch. 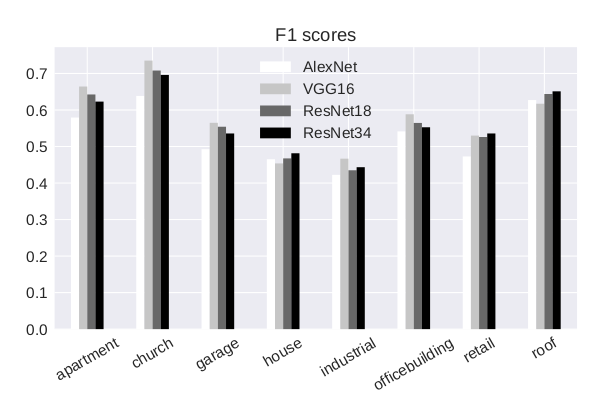 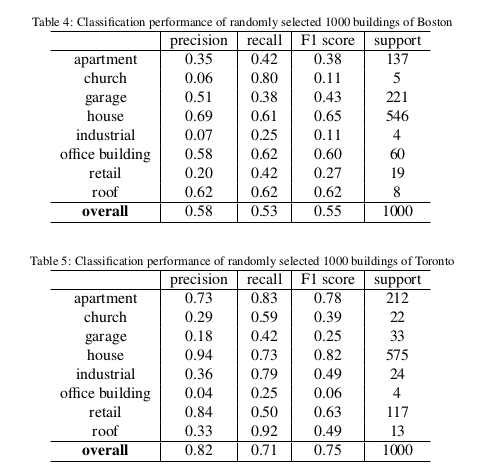 They chose the VGG16 to predict building instance classification maps on region and city scales. With such maps, they want to help in many innovative urban analysis.