The goal of this work is to predict on unlabeled data and using them to update the model as self-training without the requirement of training a large set of models. The authors proposed a method by ensembling the predictions from multiple transformations of unlabeled data, using a single model, to automatically generate new training annotation. 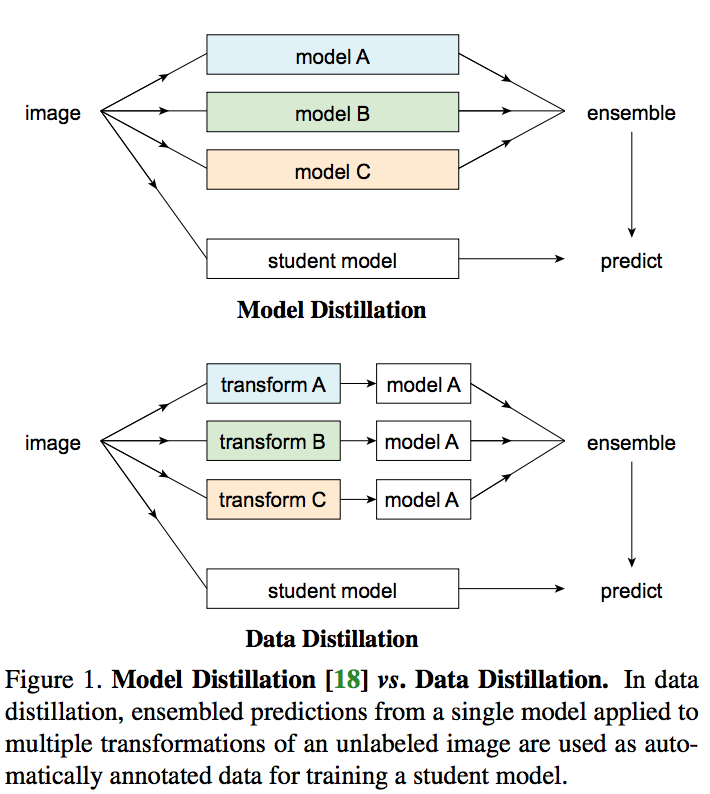 There is four steps for data distillation:

They trained a Mask R-CNN model to test data distillation on COCO dataset and Sport-1M.

There is tree type of scales: 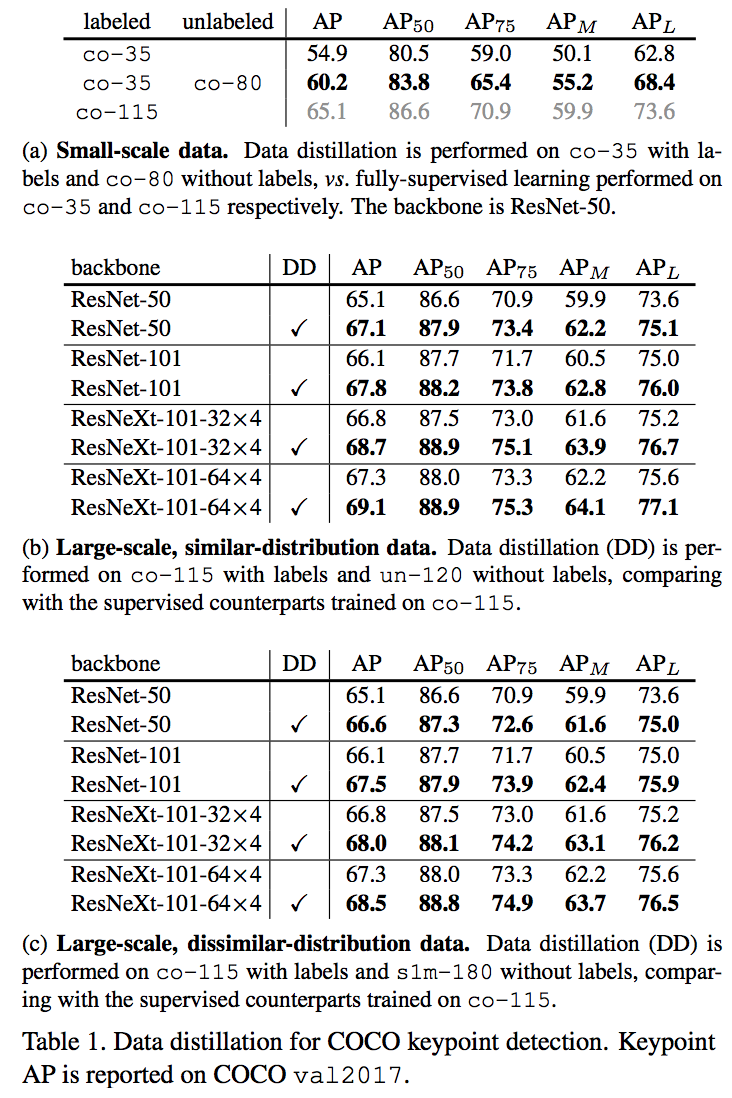