The goal is to upsample low-resolution (LR) dMRI images to high resolution (HR) and measure uncertainty in the prediction.

The super-resolution (SR) task is a patch-wise regression from LR to HR. The authors use a baseline 2D CNN (Efficient subpixel-shifted convolutional network, CVPR 2016) and extend it to 3D volumes (3D-ESPCN).

NOTE: Instead of upsampling a LR image and refining it thorugh the CNN, the LR image is directly processed and the last feature maps are combined to produce a HR image (learned interpolation).

A receptive field of 5x5x5 is used to predict 1x1x1 feature maps (resulting in a 2x2x2 HR patch in the final image after shuffling).

The network is in theory trained using L2 reconstruction.

The authors address 2 types of uncertainty:

Minimizing a mean squared error is equivalent to minimising the NLL under a Gaussian noise model:

In this case, the variance is fixed and represents the intrinsic uncertainty in the mapping. In practice however, uncertainty is not constant across all spatial locations and image channels. The authors address this issue by using a heteroscedastic noise model to estimate the variation across the image. The likelihood becomes:

Here, the mean and variance are estimated by two different 3D-ESPCN models:

Instead of relying in a single estimate of the network parameters, the authors propose to limit overfitting using a bayesian approach with Variational Dropout. In summary, Gaussian noise is injected in the network weights during training, but the amount of noise is learned. 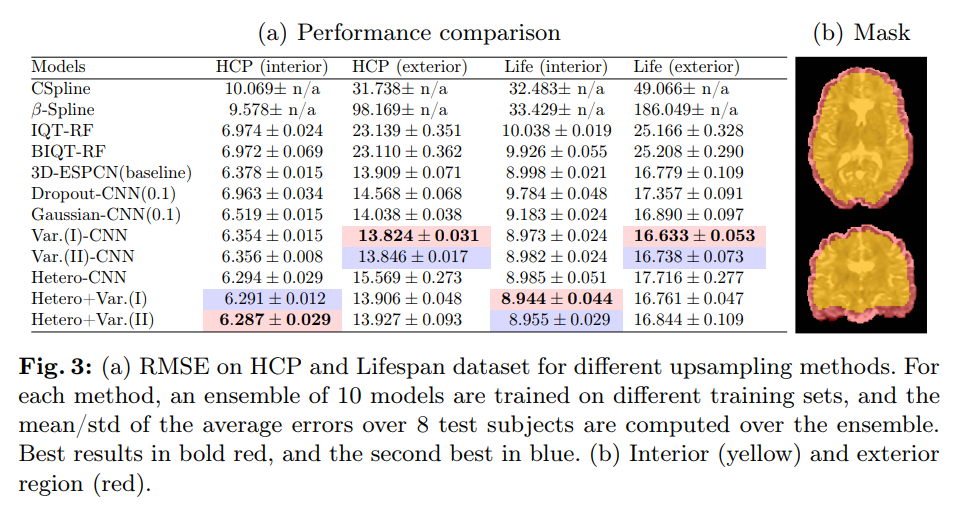 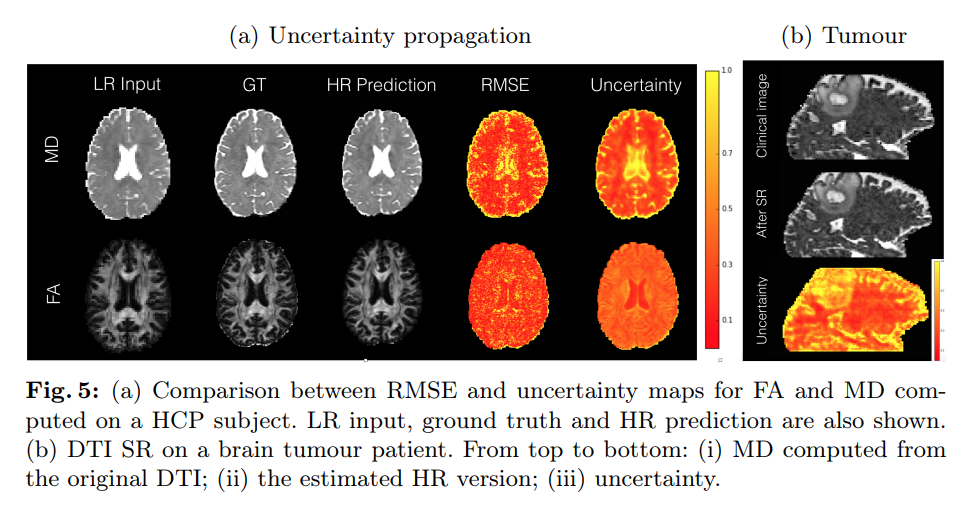