An assumption that EWC requires is that the Fisher matrix must be block diagonal, which is hard to get in practice.

This paper aims to approximate a block diagonal Fisher matrix by doing a reparameterization of all weights in the network. I’ll only describe the process for the fully-connected layer, but the process is similar for CNNs.

Using eq. 7, we can approximate the Fisher matrix from two components which are available : the inputs and the gradients. 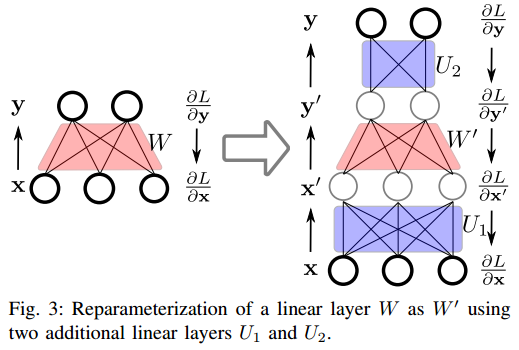 On multiple datasets, the authors show that their method works better than standard EWC. 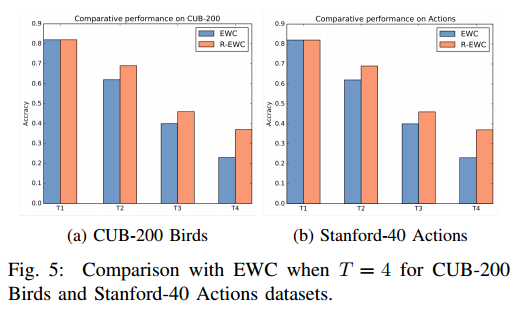