In this work, a 2D and 3D segmentation is proposed for Cardiac MR images to segment Left Ventricle, Right Ventricle, Myocardium. Two models are an extension to U-net architecture.

on 2D model, each block consists of a series of a 3x3 conv, batch normalization, ReLu and 3x3 conv. and MaxPooling is 2x2 of stride 2. The same pipeline for 3D model where 3x3x3 conv and 1x2x2 maxpooling are used, but for memory constrain and less number of training examples, the maximum of feature maps is 256. The input and output size are the same for both model. In 3D model, Input is a 12x256x256 which contatins of 12 slice in short axis. 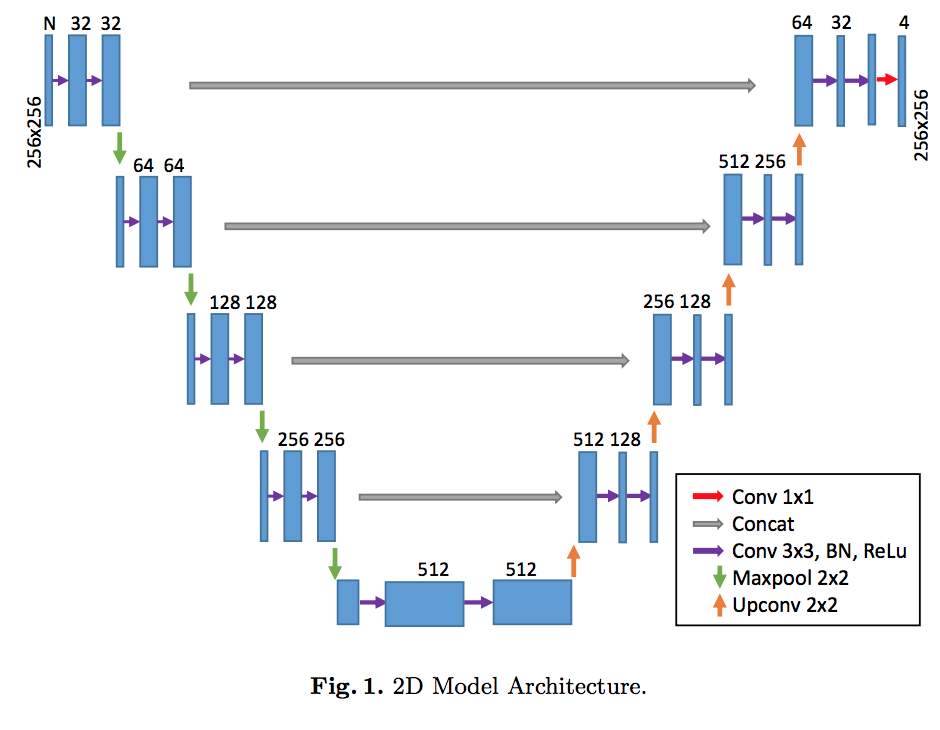 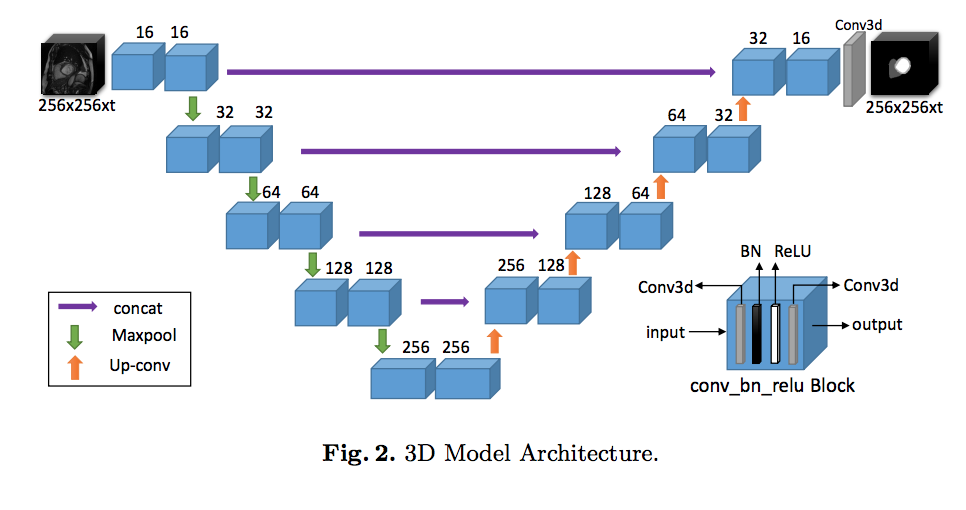 The result show the propose Dice loss outperforms CE loss and CE-Dice loss on both models. 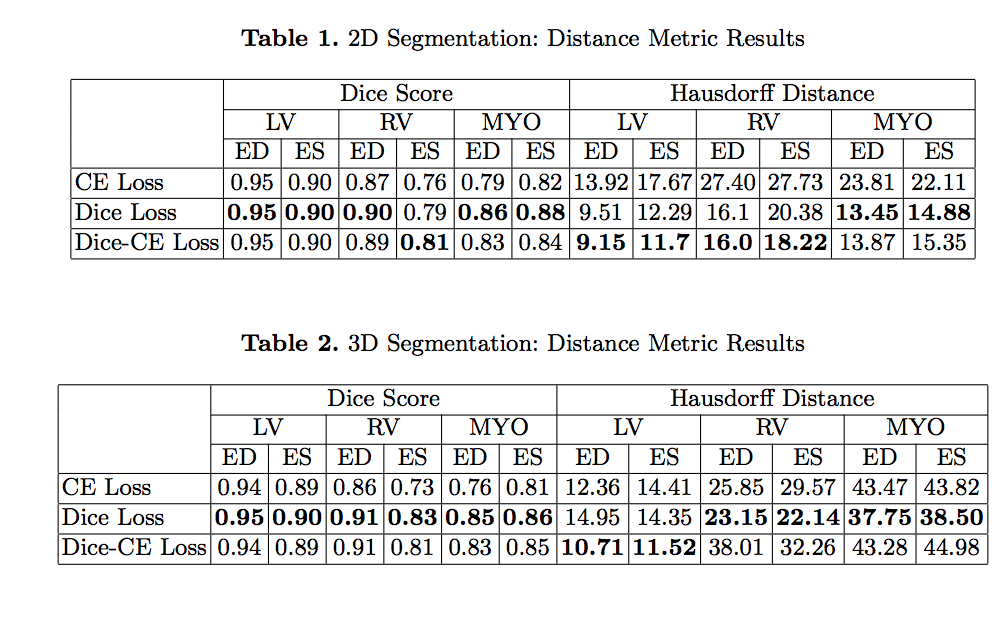 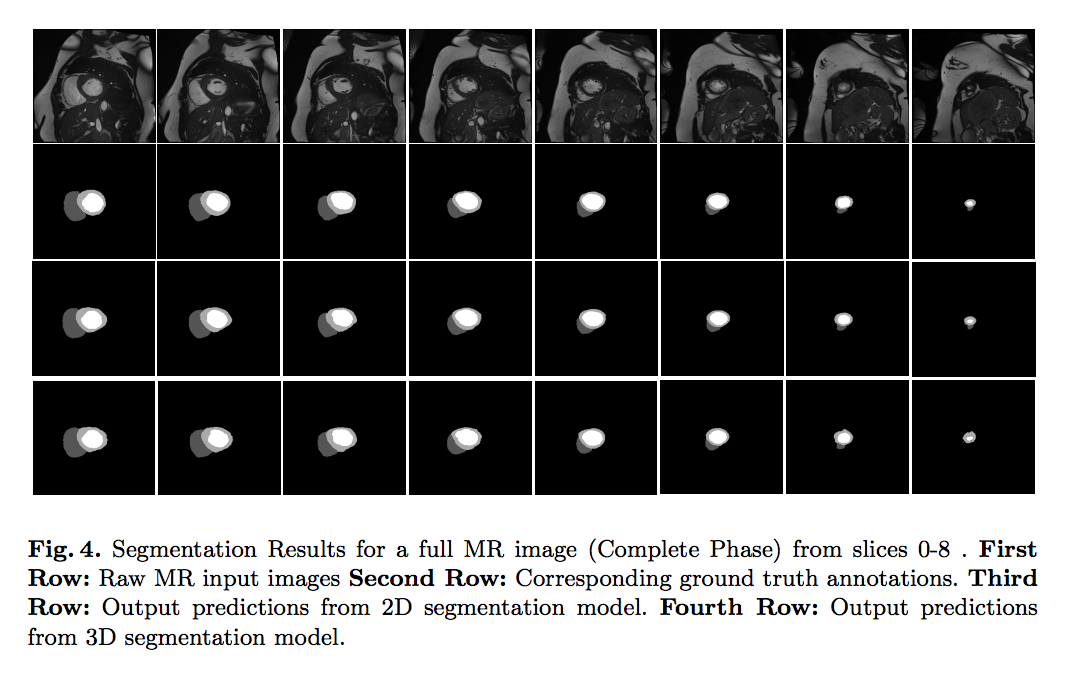