This paper proposes a solution for small data sets which suffer from overfitting. The authors employ a metric learning which helps the network to rapidly learn from small data set. They applied this idea on a small set of Image Net and they improve an accuracy from 87.6% to 93.2%.

They use the advantages of one shot learning, but for prediction on the target, they investigate a metric to find how much an unseen sample is simmilar to set of seen samples in a episod and this similarity can be present as a weight on classes. This metric plays the same role as attention or a kernel function. The authors used a cosine distance on two vectors as a metric.

First a set \(L\) from task \(T\) is sampled, Then from these sample labels, the support set \(S\) and a batch \(B\) are sampled. The Maching network has to minimize the prediction of lables in batch \(B\) conditioned on support set \((S)\). 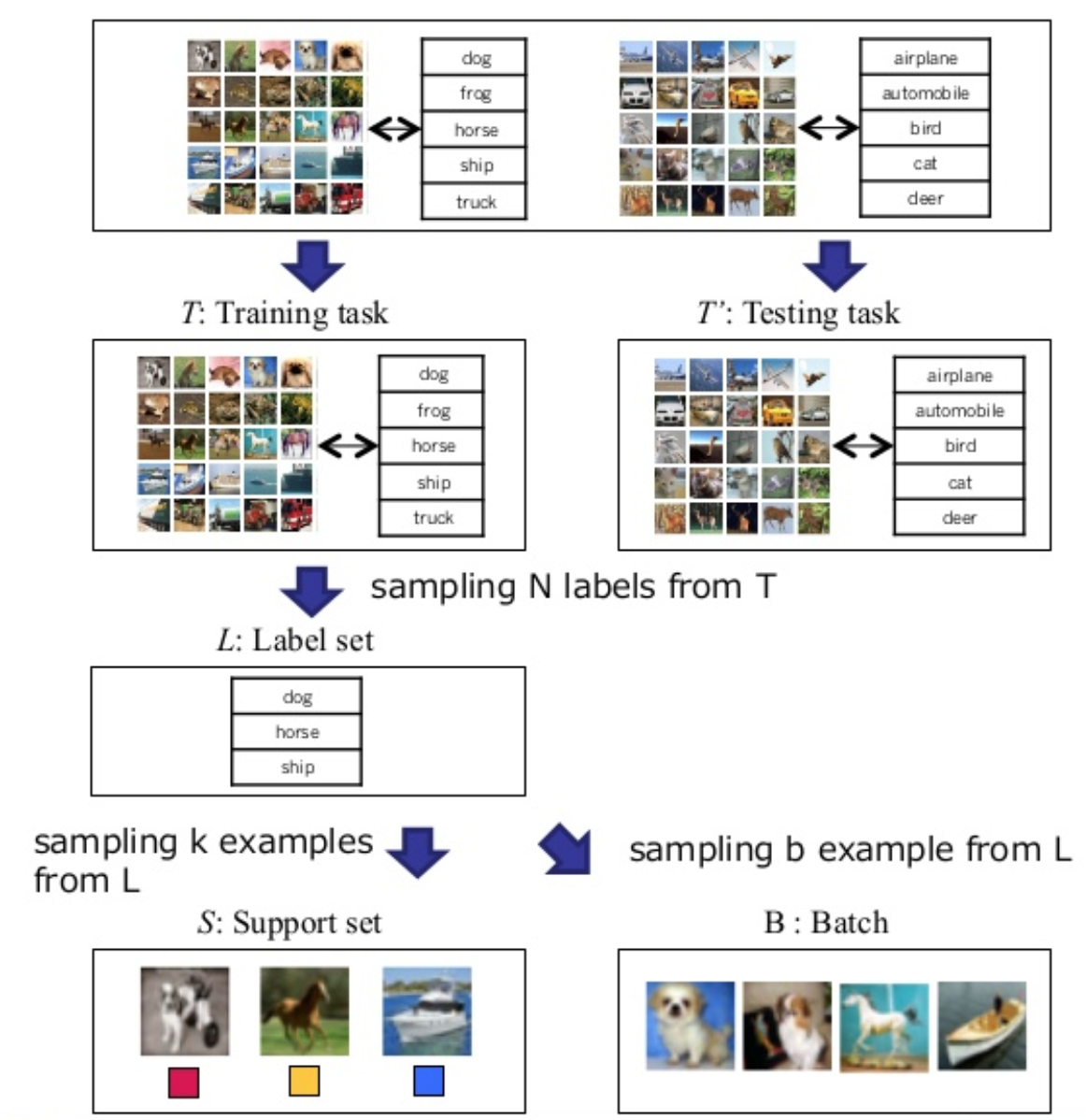 For a similarity metric, two embeding functions \(f\) and \(g\) need to take similarity on feature space X. function \(g\) has embeded \(x_{i}\) independently from other elements but \(S\) could be able to effect how be embeded \(\bar{x}\) through function \(f\). Then an attention kernel calculate cosin distance on these functions (similar to nearest neighbor). 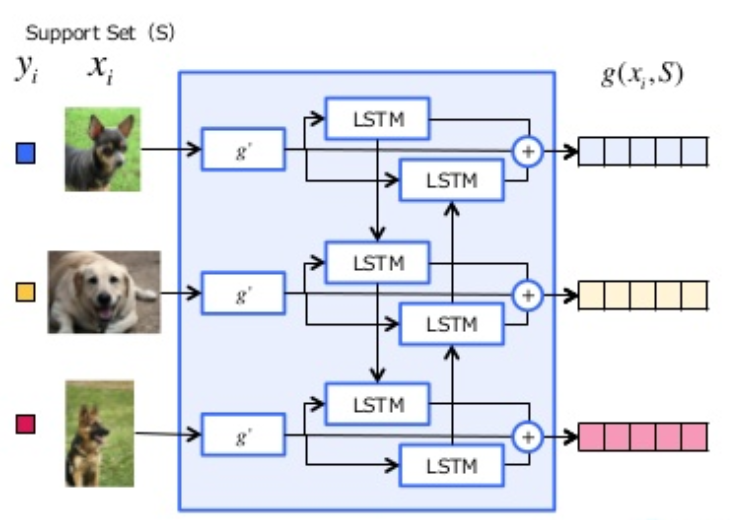 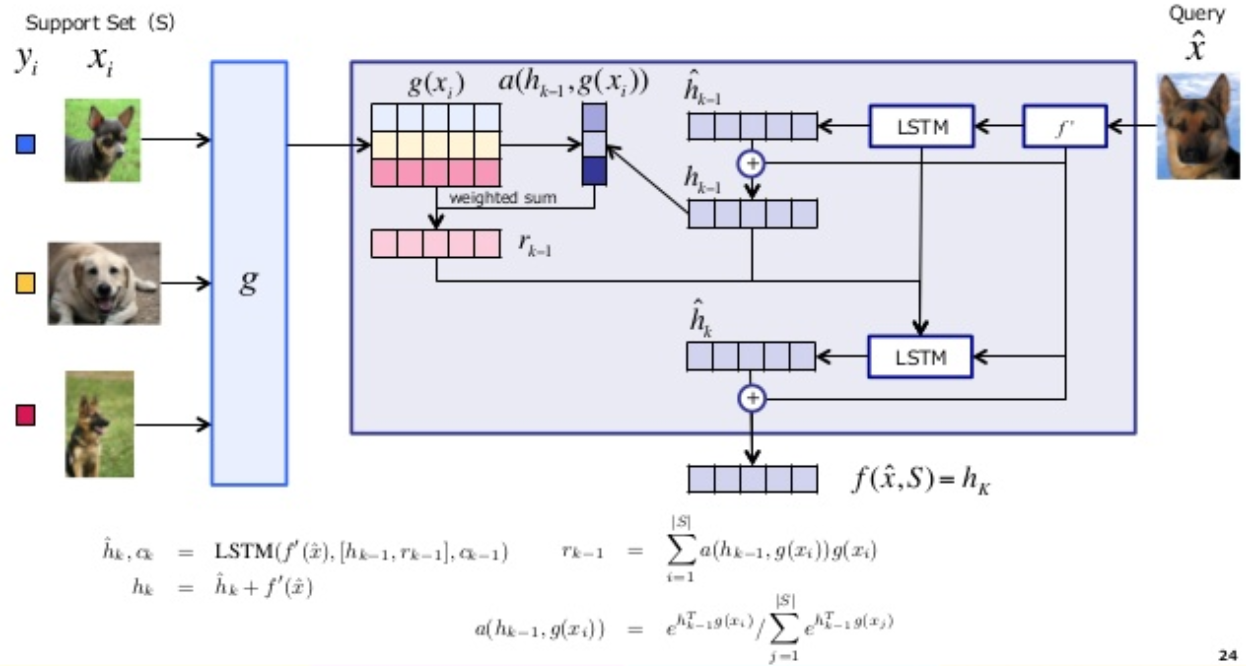