The conventional convolutional layer uses linear filters followed by a nonlinear activation function to scan the input feature maps as shown in Figure 1(a). In this paper, they propose a new type of conv layer by replacing the linear filters+nonlinearity by a micro multilayer perceptron as shown in Figure 1(b). The feature maps are obtained by sliding the micro networks over the input in a similar manner as CNN; they are then fed into the next layer.

A 3-layer NiN network is shown in Figure 2. The last layer is a global average pooling.

The advantages of the NiN are two-fold: 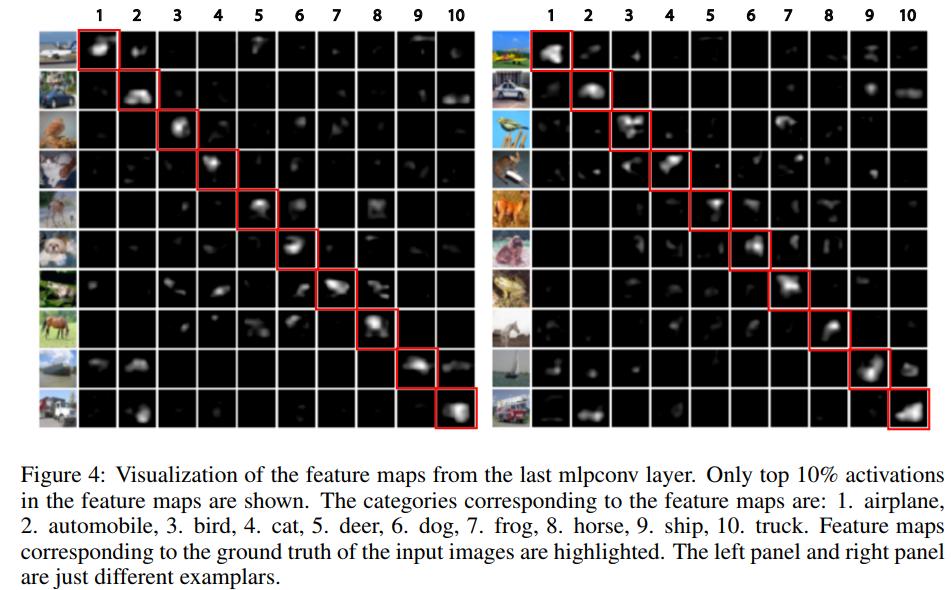 They show better results on CIFAR10, CIFAR100, MNIST, and SVHN