WILDCAT is a model that performs three visual recognition tasks in a weakly supervised setting: 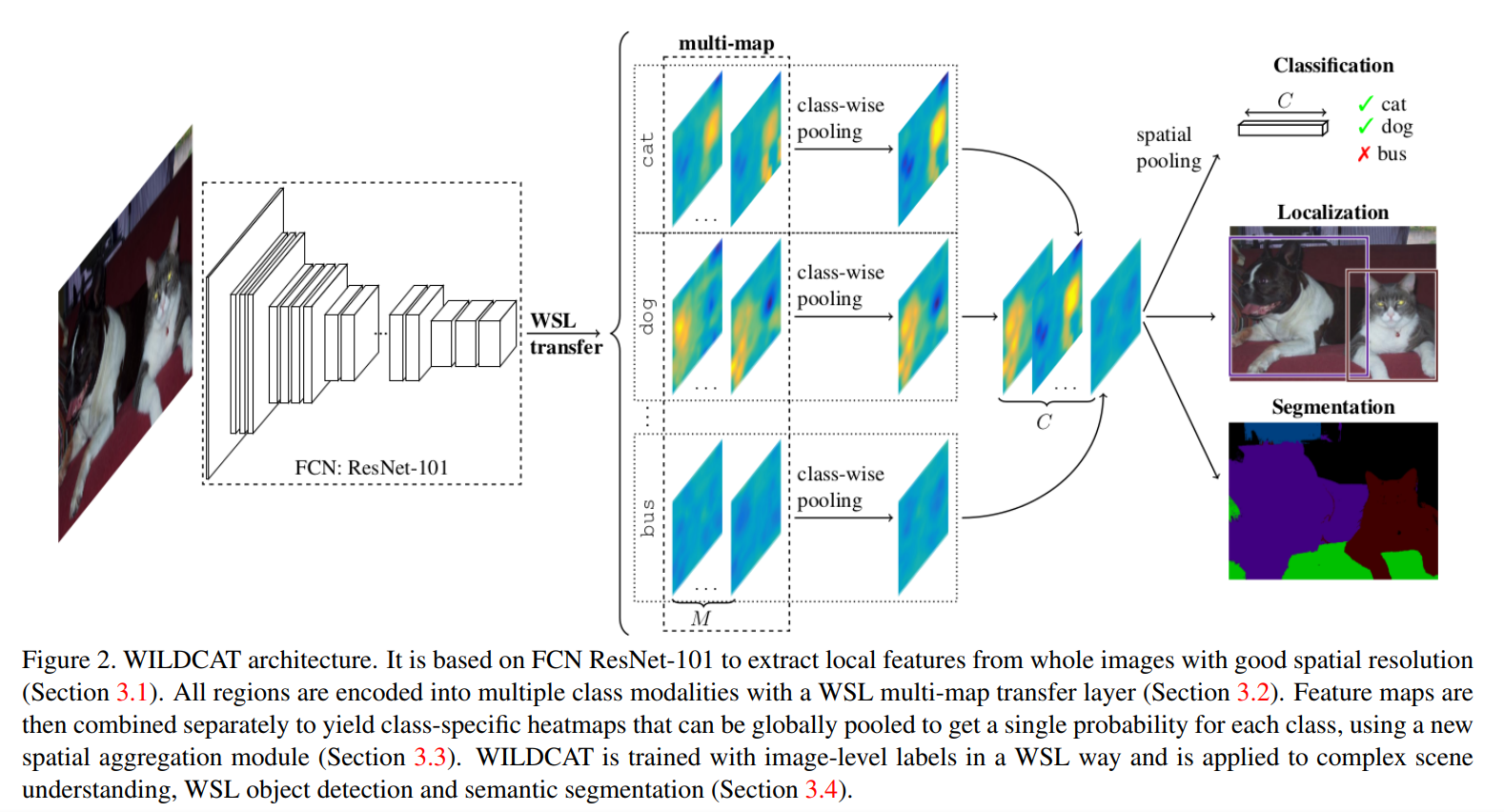 The model is trained using only global image labels with the goal of aligning image regions for spatial invariance and learning strongly localized features.

The WSL layer learns \(M\) feature maps per class through 1x1 convolutions. These modalities are learned in a weakly supervised setup using only the image-level labels and keeping spatial resolution. 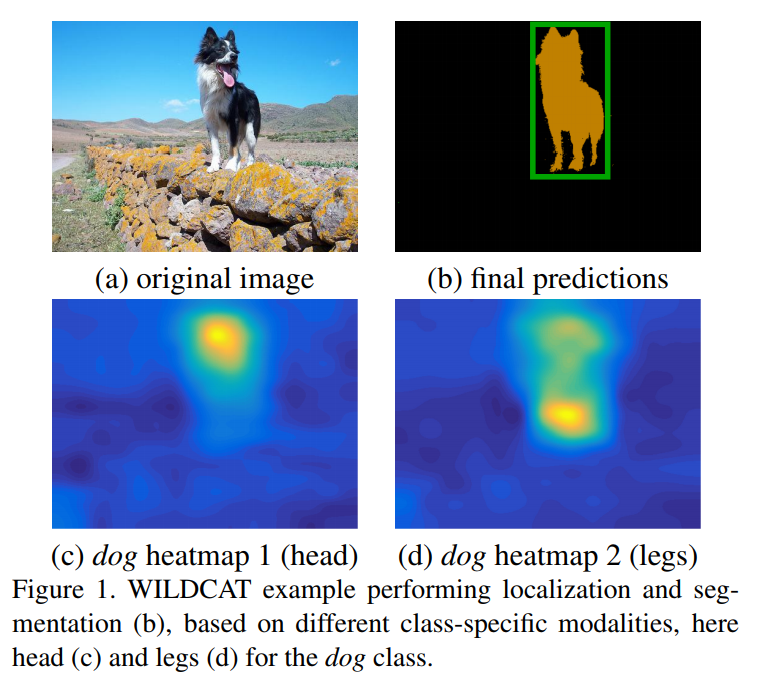 In order to learn only from image labels, the wildcat pooling layer summarizes all information contained in the feature maps for each class.

The pooling is done in two steps: 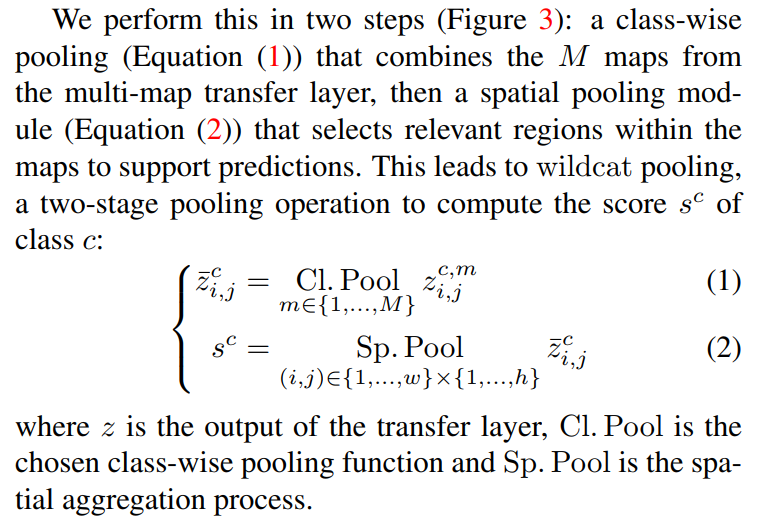 “We note that even if a multi-map followed by an average pooling is functionally equivalent to a single convolution (i.e. M = 1), the explicit structure it brings with M modalities has important practical advantages making training easier. We empirically show that M > 1 yields better results than regular M = 1”

The output of this layer for each class is the weighted average of scores for all the selected regions.

When learning WILDCAT, the gradients are backpropagated through the wildcat layer only within the \(k+\) + \(k−\) selected regions, all other gradients being discarded . 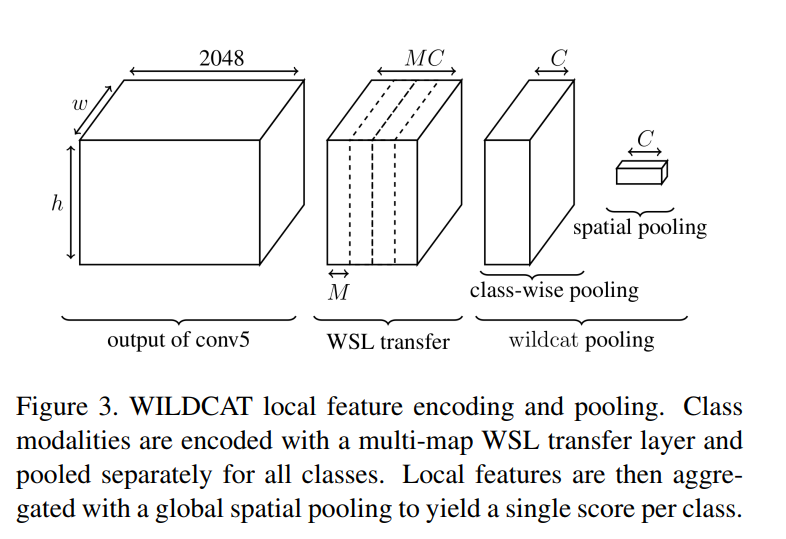 For object detection and semantic segmentation, class-specific maps are extracted before the spatial pooling layer to keep spatial resolution.

Pointwise object detection: The region (i.e. neuron in the feature map) with maximum score for each class is extracted and used for localization.

Segmentation: Either take the class with maximum score at each spatial position or use a CRF for spatial prediction. 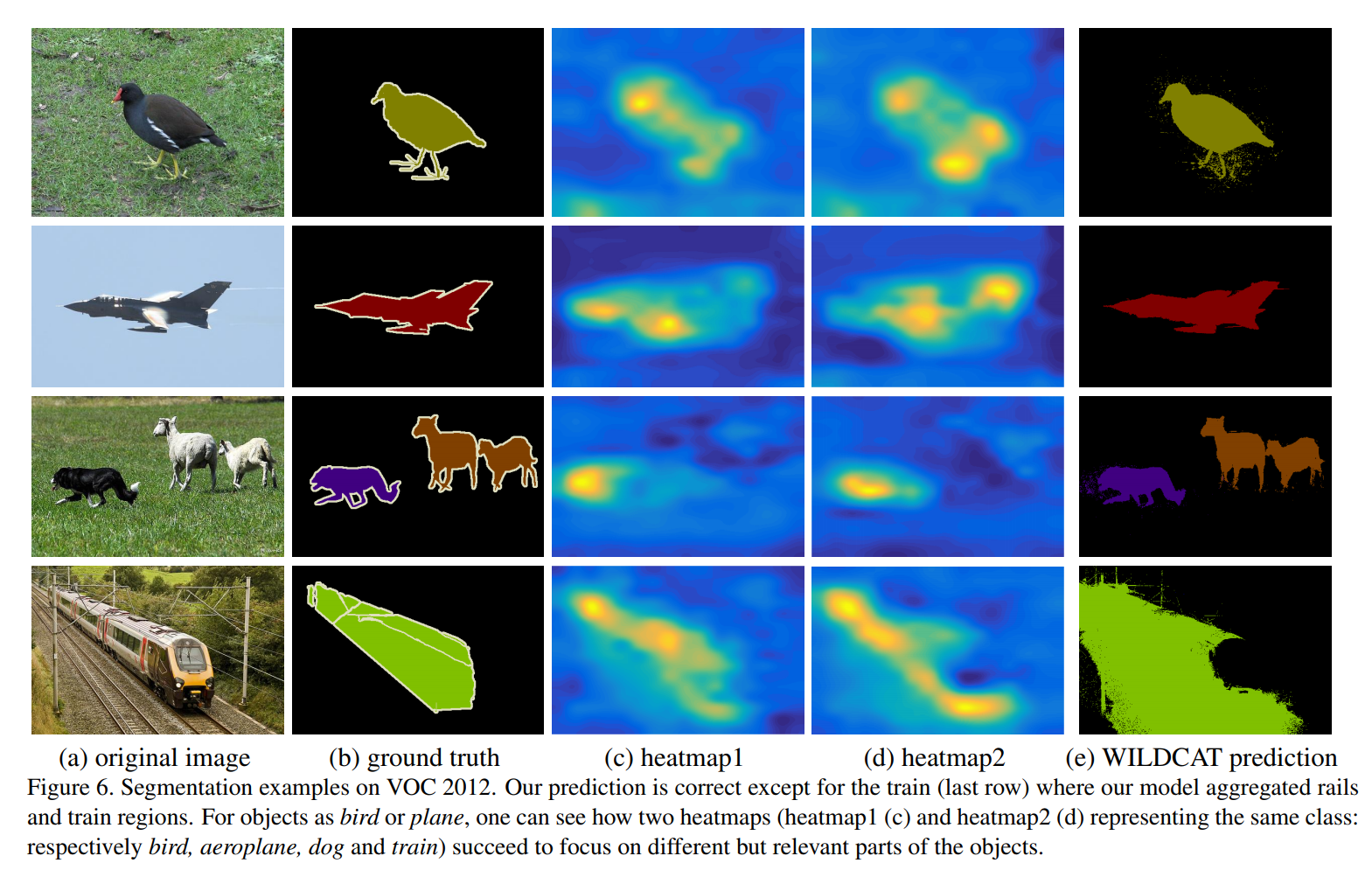 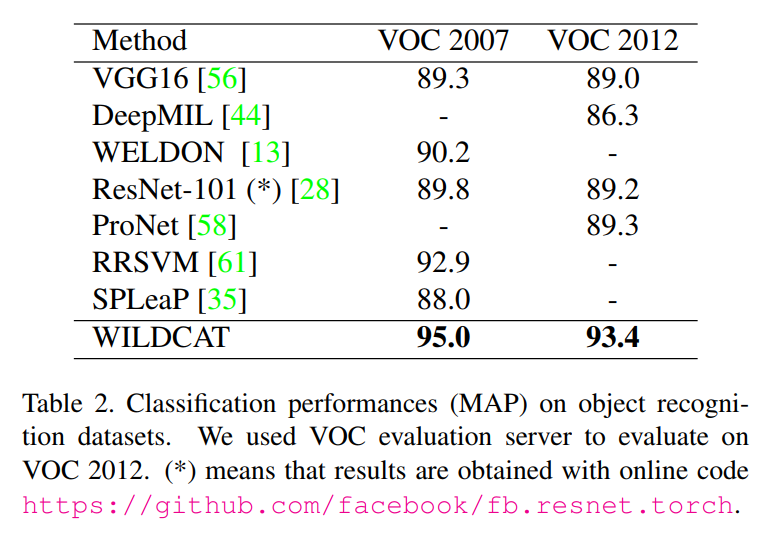 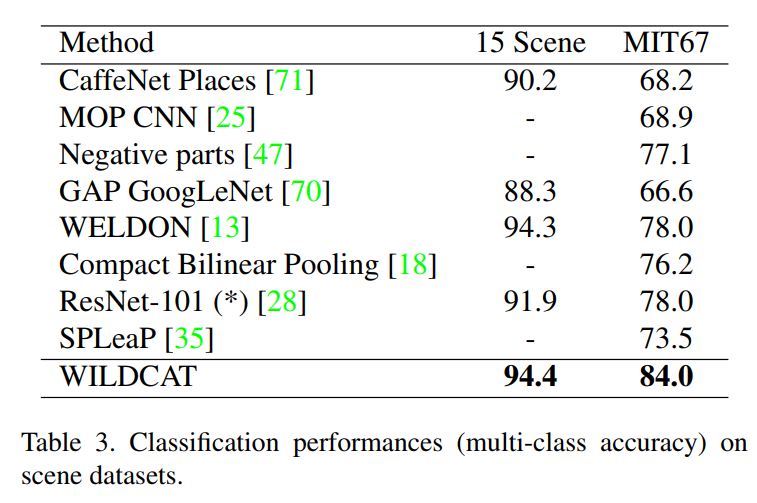 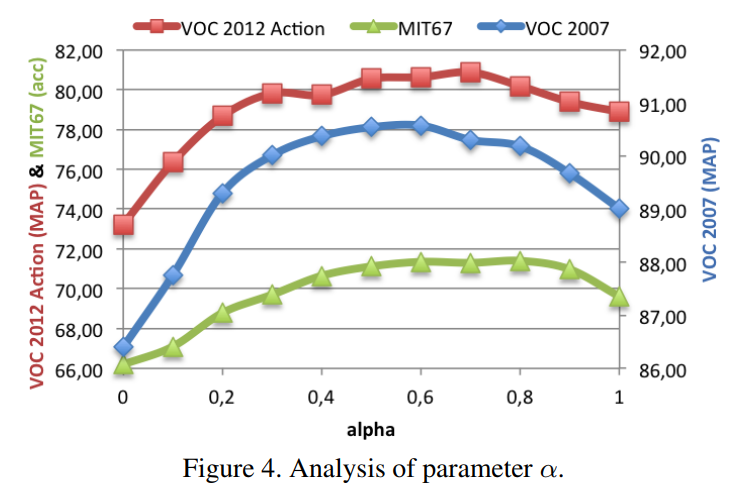