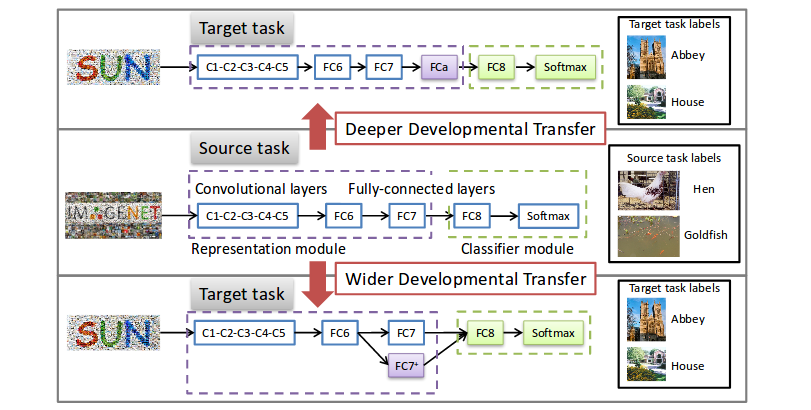 Because they just have been initialized, the new neurons have small parameters and activations. Thus, they will receive smaller error signals than their pretrained siblings during backprop, which is unfortunate. The authors state that this can result in a network that performs worse than the original pretrained one.

To reconcile the learning pace of the new and pre-existing units, the authors introduce an additional normalization and adaptive scaling scheme. 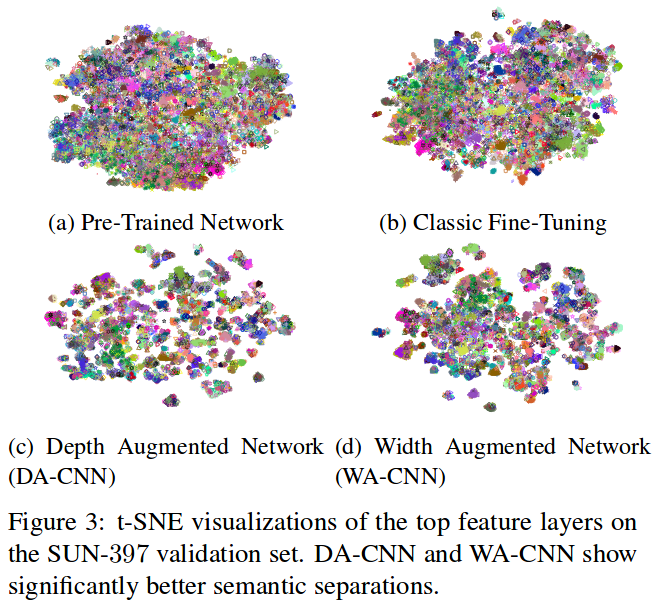 As you can see in the figure on the right, developmental transfer can help separate classes in the representational space.

The authors also state that their method help features capture more discriminative patterns. In the bottom figure, you can see the 5 maximally activating images for two selected features. The top row is a feature from the pretrained units, and the bottom row is an added feature. On the left, there is no normalization and scaling; on the right, the operations have been included.

Next, the cooperative behavior of old and new units is studied.