This papers provides a new way to use convolutions. In conventional convolutional neural networks, the filters are only invariant to translation, but the authors propose a new technique to also make them invariant to rotations. This method is called Oriented Response Network (ORN). The ORN is built on top of Active Rotating Filters (ARF).

An ARF \(\mathcal{F}\) is a filter of size \(W \times W \times N\) where \(N\) is the number of rotations during the convolution. These produce a feature map of \(N-1\) orientations. The rotated variant of \(\mathcal{F}\) called \(\mathcal{F}_\theta\) are constructed in two steps: coordinate rotation, and orientation spin.

To be efficient, the coordinate rotation and orientation spin are calculated by the circular shift operator in the fourier domain. 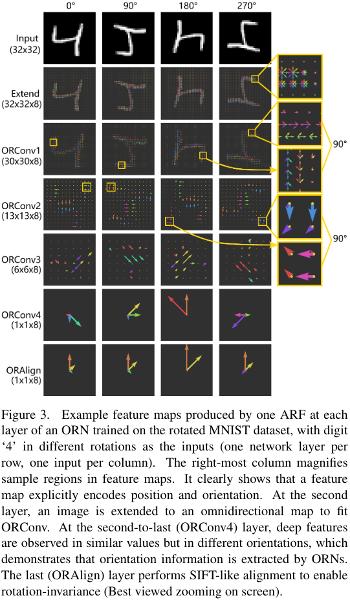 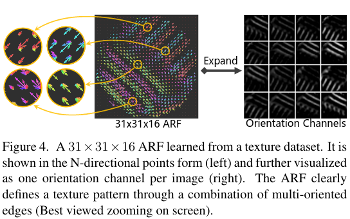 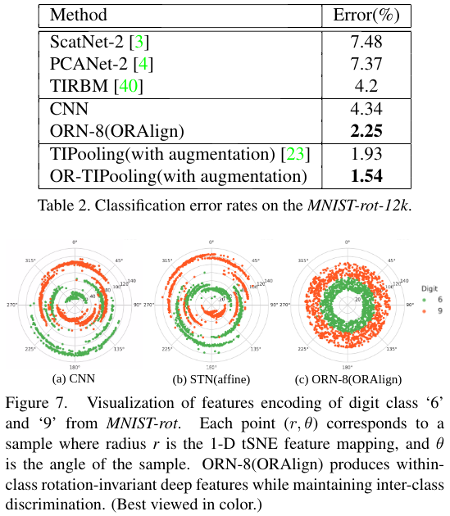 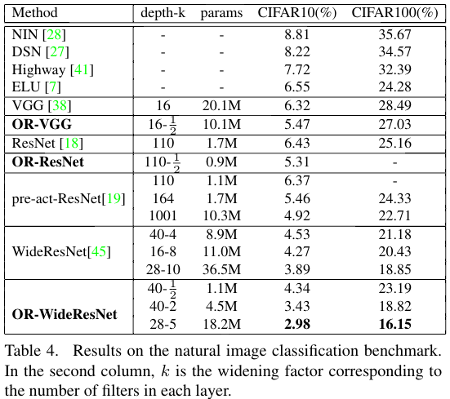