The authors propose a novel idea to perform instance segmentation. Inspired by the well-known watershed algorithm, they train a neural network to perform the same task which is to output an energy map. The energy map is related to the distance between the pixel and the nearest boundary.

The network includes two parts. First, the direction network (U-net) estimates the direction of \(u_p\) which is the vector between the pixel and the nearest boundary. The second, the Watershed Tranform Net, outputs the energy.

Using connected component analysis, the authors can then retrieve the instances.

In this paper, the authors used PSPNet for the semantic segmentation. 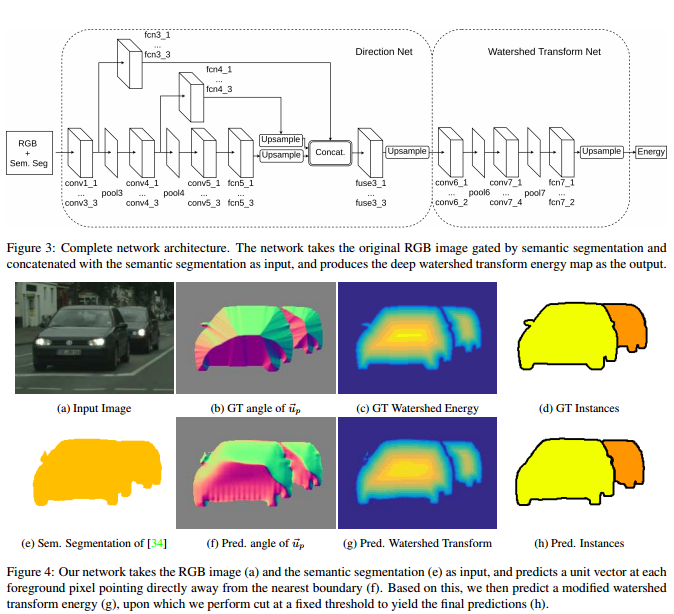