‘Feature pooling’ means encoding and aggregating feature maps to obtain higher-order and non linear feature interactions between features (ex : add \(x_1x_2\) to \([x_1, x_2]\) as a new feature), and ‘kernel pooling’ implies to learn from the data which feature kernels would be best by using a differentiable approximated representation to learn the kernels’ parameters. It could be seen as an additional layer between convolutions (feature extraction) and linear layers (decision).

The p-level tensor product is the pth order polynomial kernel and the Taylor series kernel is the sum of the polynomial kernel multiplied by factors from 1 up to p. Its standard form is hardly applicable due to memory limitations => compact form with Count Sketch kernel approximation (TensorSketch): unbiased approximation

With VGG, 2nd and 3rd order feature interactions were weighted a lot more than with ResNet, which possibly shows that there is a better intrinsic capture information with ResNet large receptive field and residual modules. 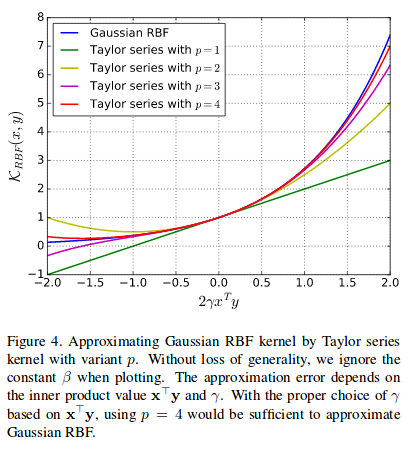 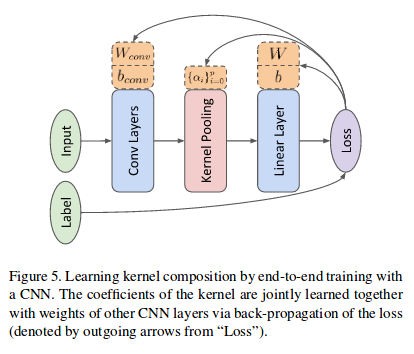