Codebook is a typical clustering method, which can also be used for motion detection.

The codebook training algorithm is shown in Fig. 1. 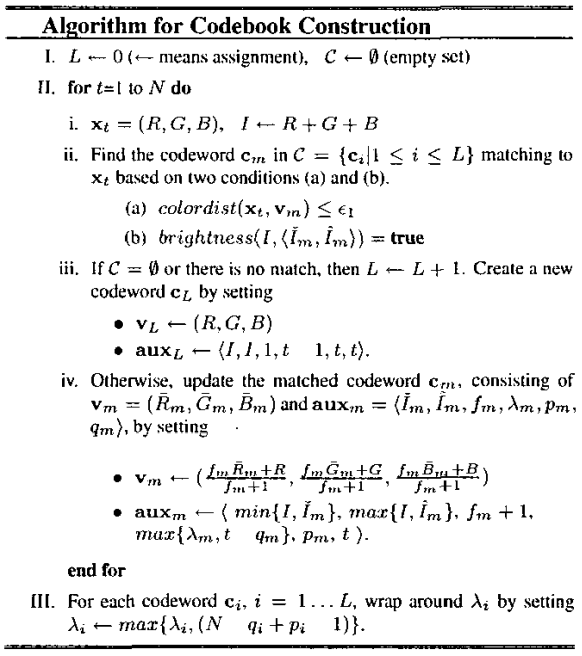 The results of codebook compared with GMM (or MOG) and KDE are shown in Fig. 2. 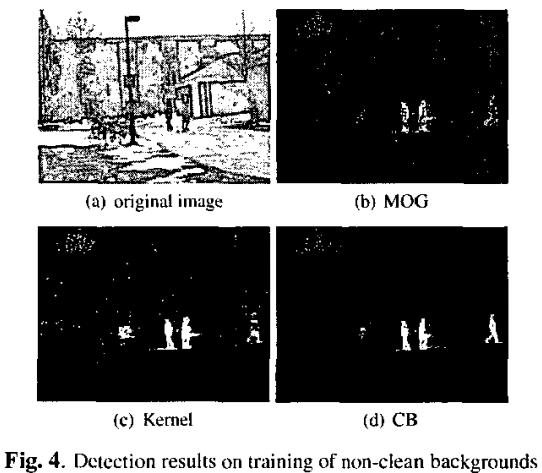