This paper presents a neural network for semantic segmentation and classification. To achieve this they implement two new operations, the unpooling given a pooling map and the deconvolution. 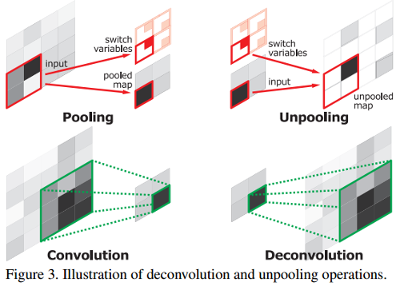 The results of their network are quite accurate and they try different post processing methods to enhance their prediction.